FOURDOTOH!
Driving to a New World 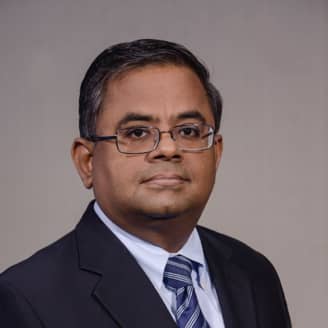 Nearly 30 years ago, you couldn’t drive around an unfamiliar city without a paper map by your side. Only a few people had cellular phones back then. (They carried a princely price tag of about $3,000.) And the second generation of these phones (for example, Motorola’s MicroTAC 9800X) were nine inches long. All to say that even if you could afford one, it was not going to be a hands-free, seamless experience.

Of course, that’s a far cry from today, where we can now talk into our car’s onboard AI device, ask where the closest Italian restaurant is, hear how to get there, and book a table – all without having to pick up the phone and dial. And very soon, your car will drive itself to your chosen restaurant.

Knowledge-wise, we were driving blind back in 1989. But with today’s digital technology, we are figuratively driving with our eyes wide open, and even with eyes in the back of our head. With smartphones, we are armed with up-to-the-minute information on exactly where we are, what’s happening in the world, what businesses we might want to frequent that are close by, and which of our family members are in the vicinity, too (if they permit us to track their locations).

But being armed with up-to-date information is only half of it – if that. Saying it this way vastly understates what’s changed in the past 30 years. Not only are we armed with information, that information comes to us when we need it (i.e., when that Italian restaurant is close by), how we need it (we don’t need to take our eyes off the road to look down at our map), and in ways we can efficiently act upon.

Today’s digital tools allow us to effortlessly take action on this information, with the help of AI-based digital assistants such as Alexa (Amazon), Siri (Apple), Google Now, and Cortana (Microsoft). We simply say, “Book a table,” rather pick up the car phone, scramble to find the number of the restaurant, and then take our eyes off the road to make the call.

It’s a simple but telling example of how digital technology has been making our lives infinitely easier. What’s more, technology has been leveling the educational playing field across the world, especially in emerging economies. I know this first hand. In my youth in the early 1980s, I lived in a very small village in rural India. We had no television or telephones. The only way I could regularly find out what was happening in the world was through an English language newspaper.

Today in the same village, children have online access to some of the best educational resources in the world, through so-called massive open online courses (MOOCs). And because they have internet access, they can get news from everywhere. Knowledge, once a scarce resource, is abundant.

The ability to get all kinds of information at the click of a mouse or (increasingly) a voice command is stunning for those of us who remember what life was like in the 1980s and earlier. It is driving enormous digital innovation these days.

You might say consumers have driven a lot of innovation over the three previous industrial revolutions. But I believe this fourth revolution, one that we refer to as Business 4.0™, is different – especially in terms of what is driving it. While the needs of businesses and governments drove the computing revolution of the 1950s and ’60s, consumers have been in the driver’s seat since the dawn of the world wide web in the early 1990s.

It’s because a bunch of foundational technologies have come together since then: a way to link people to the internet (the web); the cellular data network; smartphones a decade ago; affordable AI and big data and cloud computing to power it.

Think of it like the US Interstate Highway System, which flourished in the 1950s and ’60s, and unleashed a wave of consumer businesses that catered to the automotive traveler: chain restaurants, hotels and motels, amusement parks, and much more.

Finding ways for digital technology to deliver knowledge and make it effortless for consumers to act on it is now driving enormous amounts of innovation in companies around the world, both old and new. I can’t imagine going back to those primitive days of the 1980s and ’90s, when driving a car in an unfamiliar city was a nerve-wracking adventure in a new world.

Nor would I want to.

The Effortlessness of Connected Experiences
The connected technology landscape is enabling better CX – and a smoother parenting curve – for one working mother.
(Cloud)sourcing Disaster Relief
From geotagging to cloud-based collaboration, digital technologies helped the Indian state of Kerala crowdsource disaster relief in real time.
When Accessiblity Fuels Innovation
Thanks to digital technologies, accessibility services have moved from being a compliance requirement to becoming a source of innovation.
View All